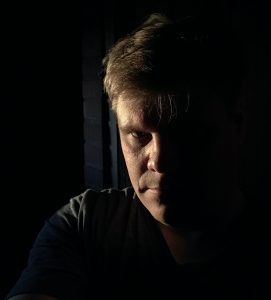 Hans was born in 1976 and grew up as one of four children in Northern Germany. On his mother’s side, he has a Finnish family background. Computer science, computer graphics and music have been important topics for Hans since his early youth. Music has been his hobby ever since, while computer science became his profession. After an apprenticeship as a technical assistant for computer science, Hans graduated from high school and studied computer science at the University of Applied Sciences in Bremen. After his studies Hans founds together with Nicolas Born and Tobias Weber the Anima Entertainment GmbH, a company specialized in game development and computer graphics. During this time Hans produces several 3D animations with Maya and 3dsmax. He also develops several computer games for the iOS platform using native Objective C, and later also based on Unity 3D. In June 2011, Hans joins Hamburg-based game development studio Fishlabs as a Senior Developer, and shortly thereafter is appointed “Head of Research and Development”. Here Hans takes the in-house mobile games platform engine “Abyss” (based on C++) to the next level. During this time, Hans spends three months at Apple headquarters in California to port the Abyss engine to the new, still secret Apple TV4 platform. Hans becomes a father in August 2013. In June 2016, Hans moves to the company “Open Reply GmbH” as a senior manager and accompanies the business from its foundation. Started in 2016 with only three people, Open Reply is today (2021) a company with more than 80 employees.